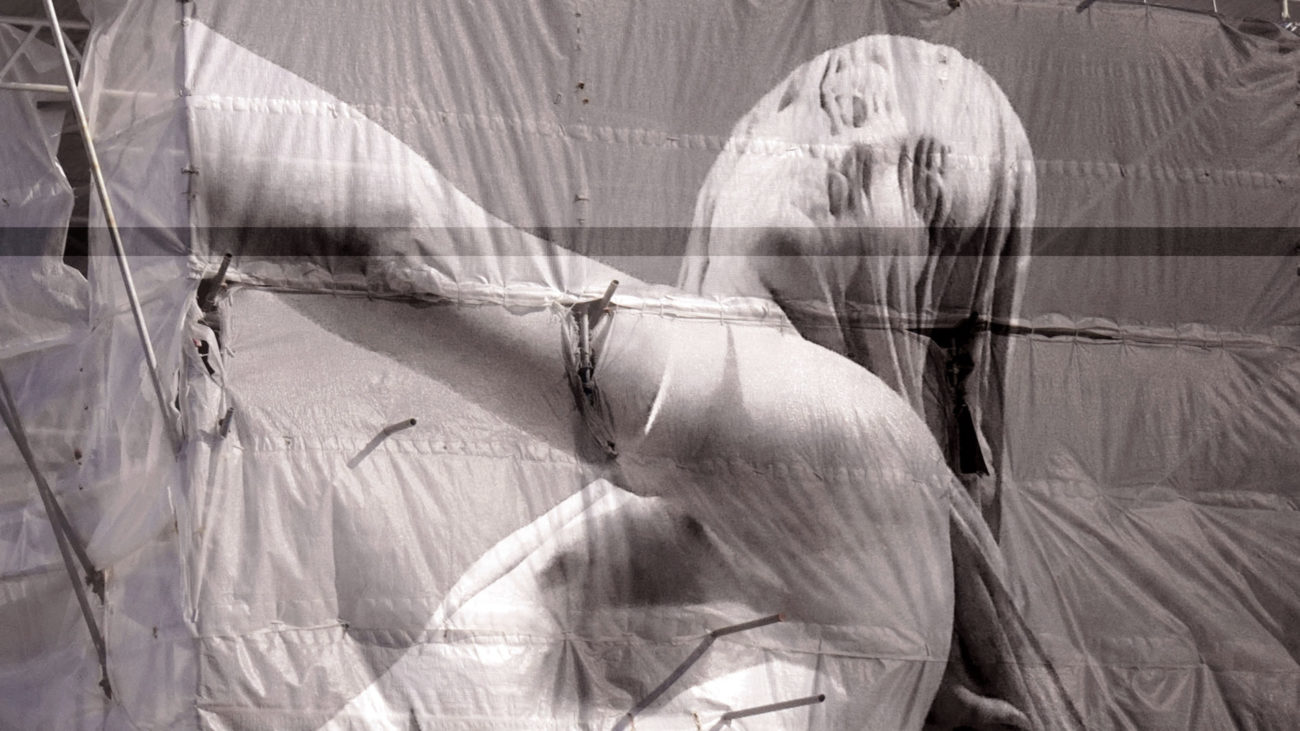 The series evolved from a study of the sculpture of Raffaele Monti ‘A Circassian Slave in the Market Place at Constantinople’ 1850 in the Wallace Collection. The oppression of the Circassians was well publicized in the Victorian era both in the UK and the US and the stereotype of ‘Circassian beauty’ was also capitalized on by the Victorian beauty industry. The sculpture is made in white marble, which also alludes to the race of the veiled woman, as they were considered to be Caucasian or ‘white’. The phenomenon of the covering of human bodies, faces and objects with textile is brought into question. Is the veil on the female slave intended to conceal shame or to mitigate viewers’ embarrassment? Do we cover parts of our body and face to conceal or to reveal? What are the rules and limits? The series constructs a dialogue between classical and neoclassical sculpture and construction mesh, that is, besides being a safety barrier is also supposed to conceal the unattractive appearance of building sites. This juxtaposition of fine art and the very mundane surface brings to life these provoking imaginary canvases of enormous scale proportionate to the modern level of exposure.

Exhibited at the at the Private & Public Space Exhibition Spring into Action.

« Previous Next »
Give a Hug