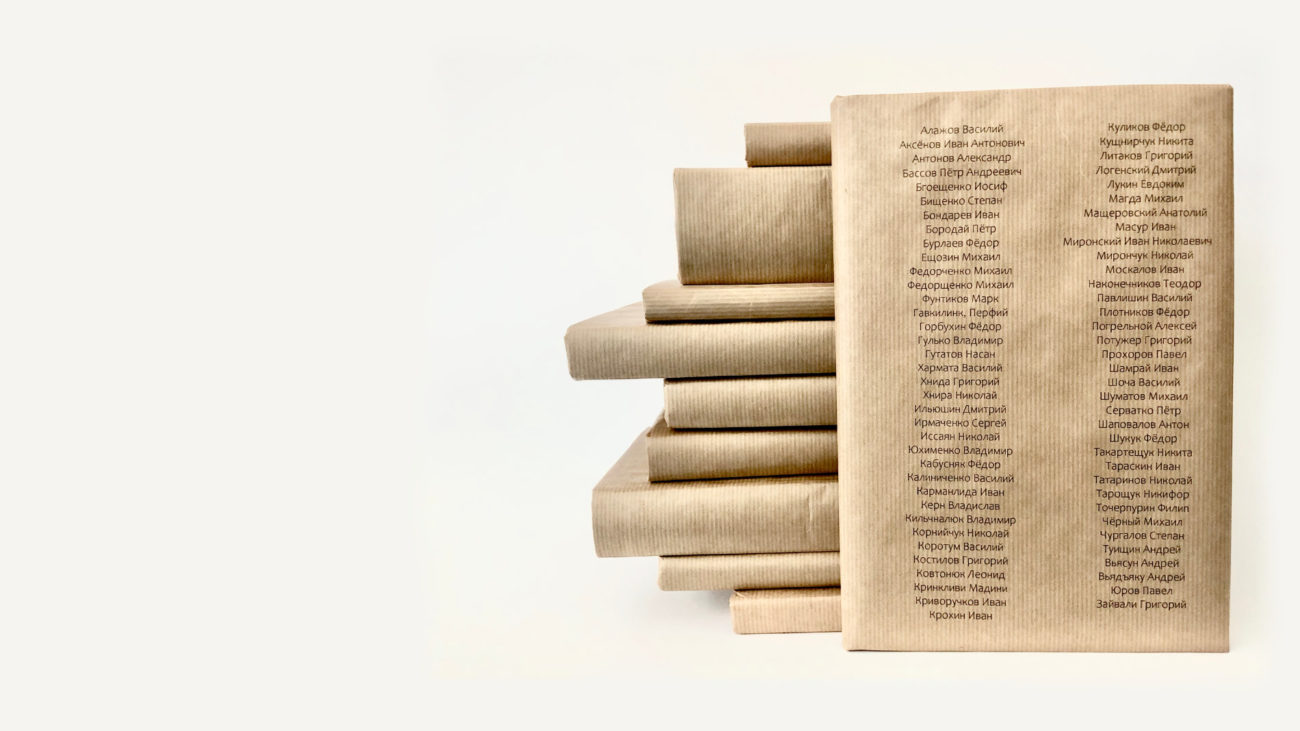 This project is ongoing research about Russian people in Jersey, Channel Islands.

Today is 9th of May 2020, Victory Day in Russia and Liberation day in Jersey, Channel Islands, where I live for almost three years now. There is always a personal story about The War. My story was and is my grandmother’s memories of those years. She is 90 and was 11 when WWII began in the Soviet Union. Her wartime memories stuck in my head since I was 6 years old. I think those memories are my first life lessons.  Her short stories about life under occupation taught me to value simple things. I learnt well that there is no only black and white in any situation, there is always a different angle. Now I believe, besides being an important historical date, both Victory and Liberation represent a process in the past and in the “ongoing” future. And how we remember the past determines our future.

Having moved to a new place, I immediately discovered a small Russian speaking community. I wanted to know more about the Russian presence on the island. My history teacher always said – our past is unpredictable.

I’ve discovered that in 1799 there were 5000 Russian troops in Jersey for 1year as part of Russian-Napoleonic wars mission. They lived in isolation in a remote area in The Gorey village. Memories of the local people are scarce, and most are of a sympathetic character. Those Russian soldiers were ill-treated by commanders with a lot of beatings going on. They were in poor health and wore very worn clothes. Because they were not appropriately fed, they sourced food illegally. They would drink up anything reminding alcohol if they could find it, and so on…

That one year seemed to vanish in history, but in 1942 another 6000 Russians arrived. This time, “Russian slave workers” (prisoners of war without any human rights for being graded as “under humans” in nazi value system) were brought to occupied Jersey as free labour to build reinforcements – bunkers, roads, etc.

For most of the islanders, the memories are similar – echelons marching to/back from work, terrible clothes and hygiene, poor health.  It was “presence without presence”, they lived in guarded camps; therefore, there was no communication and any possible cultural exchange. Members of the resistance group on the island helped escaped Russians to resume normal life, they helped to hide about 15 escapees. As they became perceived more as real individuals, intellectual conversation was possible. Everyone realized “this person” can be interesting, can be amusing and can be a friend.

But most of the slave workers worked to death or were moved back to the continent being too weak to work any longer. There are 71 identified graves and about 1000 victims (according to British intelligence of those times, sources found in the local archives).

You can read the first impressions of Bob Le Sawyer, one of the leaders of the resistance, who is turning 100 this year. You can also watch the movie “Another mother’s son”, based on a true story about “Bill”/Feodor Buriy.

Today, I want to remember those officially buried in Jersey during the occupation by writing their names in Russian, native language to most of them (they were of many nationalities from USSR, but generally perceived and called “Russians”). I have not found the official list in Russian so far, so this is a translation from English, and there can be transcription mistakes.

I remember vividly first seeing, from my home on Victoria Avenue, the column of Russian prisoners coming from the harbour – shuffling men, filthy, ashen grey, confused and de-humanized. Their Organisation Todt guards prodded them and shouted at these exhausted men as if they had been a herd of recalcitrant animals.

About 6,000 were to arrive. They were housed in eleven camps, mainly in the west of the island. In addition to the Russians there were about 2,000 Spanish republican refugees from France who had been handed over as a gift by the Vichy government, and numbers of people from elsewhere – Poles, North Africans and even Dutch. These other groups were not technically slave workers. They were forced labour paid in Reichmarks, a currency without international backing, but legal in occupied territories. They could leave the camps on certain days and mix with local people.

All these men were engaged on the building of the Channel Island section (said to be stronger than anywhere else along the French coastline) of the Atlantic Wall. They built sea walls, gun emplacements and underground works, many of which can still be seen today.

The working conditions for the Russians were in no way comparable with those of the other national groups. The Germans considered them to be sub-human and that was that, When the sea wall at St. Brelades was being built many Jersey people witnessed beatings with shovels and other ill-treatment.

The food the Russians should have received from their captors came from France put there was much pilfering en route to Jersey for sale on the black market so there was a high death rate from malnutrition and associated illness such as tuberculosis.

The Todt organisation was responsible for much of this stealing. It was an organisation formed by Dr Fritz Todt to provide labour for military construction work. The German personnel were foremen and administrative staff and not soldiers but they wore a khaki uniform. They tended in large measure to be drawn from the scum which exists in any society and many had been brought from prisons where they were serving time for crimes of violence.

Stories circulated widely of manslaughter, of bodies thrown into wet concrete. Perhaps there was some truth in them but we have no evidence today. After the Liberation in 1945, when all concerned were still in the island, an enquiry was instituted by two British intelligence officers, Major Hargreaves and a captain whose name I have forgotten. They wanted to gather evidence to bring to justice the principal perpetrators whilst witnesses were available. I was engaged as a Spanish interpreter and we questioned each Spanish worker independently without getting anything but the vaguest information, known to “everyone” it seemed except the individuals whom we questioned.

The military attaché from the Soviet Embassy, a Major Gruzdev, came to collect his men, all of whom had to return to the USSR. He was present at this questioning, which was in a bedroom of the old British Hotel, Broad Street (now part of Barclays Bank). He showed no interest whatever, usually lying on the bed with his boots on, sleeping off his vodka. He thought that all Soviet citizens in occupied territory were equally treacherous in law whether they had allowed themselves to be taken prisoner or even when they had volunteered to fight for the Germans (the so-called Russian Army of Liberation). Statements that the British authorities engineered a cover-up of war crimes are just not true.

But to get back to the Occupation. Many Russians escaped from their work parties or camps and roamed the countryside, sleeping rough. Robberies were common. Friends of mine living in St. Peter nightly brought their hens into the kitchen and their milking goat was put into a cupboard under the stairs. Most of these escapees were recaptured but a few found refuge with local families.

– Michael Jerarna sheltered by the Le Calvez at St. John.

– Pyotr Bokatenka, a Ukrainian, who later listed a large number of people who had helped him.

– Michael Krogeen, whom l remember as a particularly self-assured and tough young man; later he spoke highly of a Mrs Metcalfe.

– A young boy taken in at St. John by a couple who spoke to him only in Jèrriais so that he could not possibly give anything away if recaptured. Another was given the job of pumping the organ bellows at Ebenezer Chapel, Trinity.

– Georgio Kozloff was sheltered by Bill and Gwenda Sarre of St, Lawrence, was an engaging fellow and a constant headache. Later he was sheltered by Arthur and Ivy Forster of Trinity Road. When Mrs. Forster’s sister, Louisa Gould, was arrested he had to be moved in a hurry and went from one place to another until W. J. Ryan, the builder father of Denis, later the St. Helier Constable, installed him in a cottage in Columbus Street. Somehow an identity card was obtained for him and this enabled him to get a ration book. He lived in the cottage alone and was later employed to work very hard by a black-market butcher.

– The man we called “Bill” was Feodor Burriy. He also had an identity card. It was one that had been “lost” by a man called Oscar Le Breuilly. George never got back to Russia, After the war he managed to escape from a moving train in Germany, was arrested by British troops, escaped again in Brussels and eventually became a teacher in Belgium. Years later he wrote to me and he once had a letter published in the Evening Post.

« Previous Next »
Give a Hug